Something new to do

The other day the guy that runs the slate (the clacking thing that's used to sync up the sound and video) was asked to participate in the scene they were shooting so I got to take over for him (a very nice guy, film student in Bozeman also an excellent juggler). This job is a little bit more complicated than it looks at first, there's more paying attention and writing things down than one would guess. Though no major errors slipped by, I've decided that it's best to leave the film making to the pros. 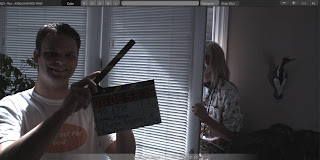 I know we already commented...are you getting sick of us yet?? We were just pondering on graduation and realizing that we just saw you for probably the last time ever a month ago. It made me want to cry. We miss you and will always remember the funny game nights and last minute throw together dinners. We love you guys...can you tell we are getting into "almost done" mentality. I am glad we get 6 months to go back and enjoy that life before it is over. Travis loved seeing your acting career taking off! He wanted to know if there are any open spots??

Hey Devin - I just found your blog and was enjoying reading some of your archives about school. I am beginning my third year of optometry school and its nice to see another student (well now doctor - congratulations by the way) blogging about it. Good luck to you! 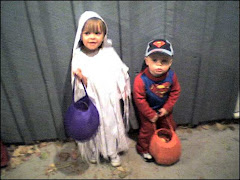 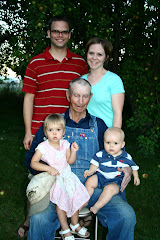